The winners in the fourth Annual Tourism Awards – 2019 organized by the Ministry of Tourism have been announced. Prizes in 16 professional and creative categories were determined through an online vote, with thousands of users voting for their favourites during this period. Veliko Tarnovo is included with nominations in two categories for the Annual Tourism Awards and of course the pearl of the city – the Tsarevets fortress is amongst the winners.

The aim of the competition is to promote the development of Bulgarian tourism, to promote tourist sites and destinations, to increase the quality of tourist services and so on. The Veliko Tarnovo Municipality participated in the competition with the architectural and museum reserves “Tsarevets” and “Arbanasi”, the Regional History Museum, the Aleko Konstantinov House museum, the St Nicholas school, the Ancient Roman city of Nove, the Zarapovo Geocomplex, the Kapinovski monastery, the Emen Canyon, the Architectural and Historical Complex – Daskalolivnitsa, the Ilarion Makariopolski Museum House.

In the category “The choice of Bulgarians” Tsarevets fortress was ranked third with 10,050 votes, while Arbanasi came in fifth with 8041 votes. First place went to the newly opened Historic Park in Neofit Rilski village, Varna. Second place is for the National History Museum in Sofia. Fourth place is held by the Rila Monastery Museum. The Vasil Levski National museum in Karlovo comes in sixth place and the Madara Horseman in Madara village is seventh. In eight place is the Etar Regional Ethnographic Outdoor museum in Gabrovo. The Pleven Panorama is in ninth place and the Tsari Mali Town Museum Complex in Belchin village, Samokov is in tenth place. Veliko Tarnovo also won first place in the category publication on tourism in Bulgaria for 2019 on an internet blog with the article 10 places worth visiting around Veliko Tarnovo by Martha Ross.

Skariada.bg is just around the corner 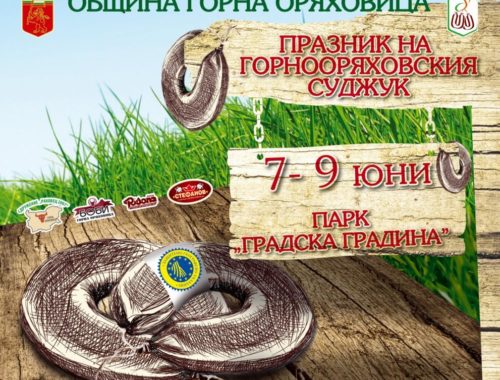