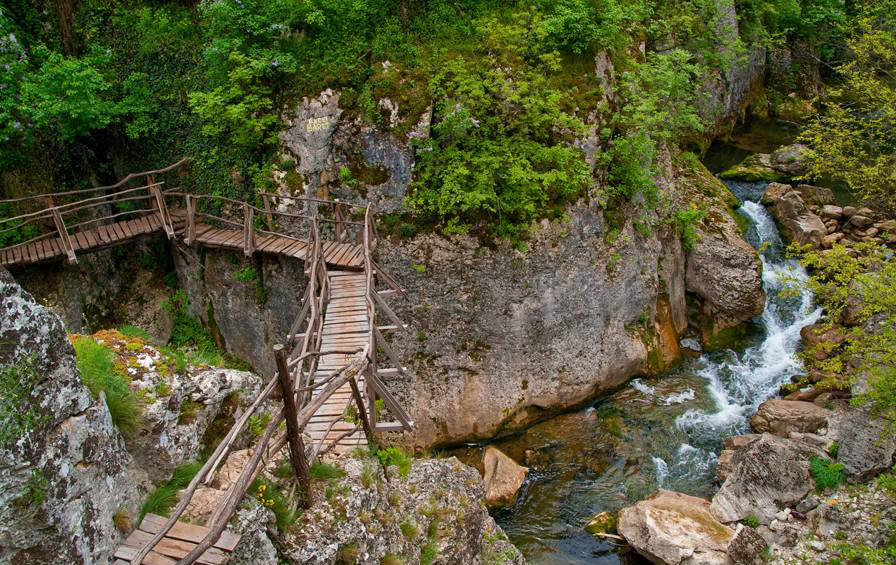 The village of Emen is located in a picturesque hilly area 20 km west of Veliko Tanovo and 8 km north from the main road connecting Sofia and Varna. The Emen Canyon is close to the village and shaped by the Negovanka River. Only 60 km long, the river flows north of the Balkan range and is right tributary of Rositsa River.

Negovanka forms a magnificent gorge, which in its most popular part, passes through the village of Emen. A beautiful walking trail built along the gorge, the river and the canyon gives you a great opportunity to explore this natural beauty. The Canyon is a protected area.

The walking trail passes on both sides of the gorge twisting at about 50 m height above the river. The canyon walls are 80-90m high cliffs where eagles nest.

Along the route there are remains from ancient Roman military station. The end of the trail leads to the most beautiful place along the gorge – the Momin Skok Waterfall, which falls into a small pond.

At the beginning of the trail you find the Emen Cave, which is more than 3 km long and is the 17th deepest cave in Bulgaria. 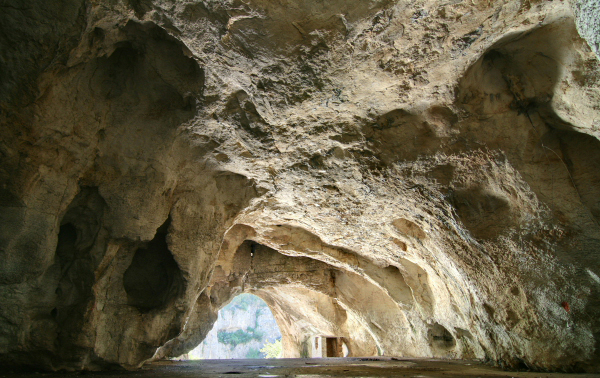 In the past the cave was used for growing of mushrooms, ripening of cheese and even as part of the military base, which used to exist above the cavern. Apart from the well-known Emen Cave, in the period 1985 – 1991 a large local network of caves was discovered. Located between the nearby villages of Musina, Balvan, Novo Selo, Emen, Dobromirka and Vishovgrad, this cave network features numerous dry and water-filled galleries and siphons. Among those caves are Ruse (3306 m long), Bambalova dupka (2923 m) and Troana (3243 m).