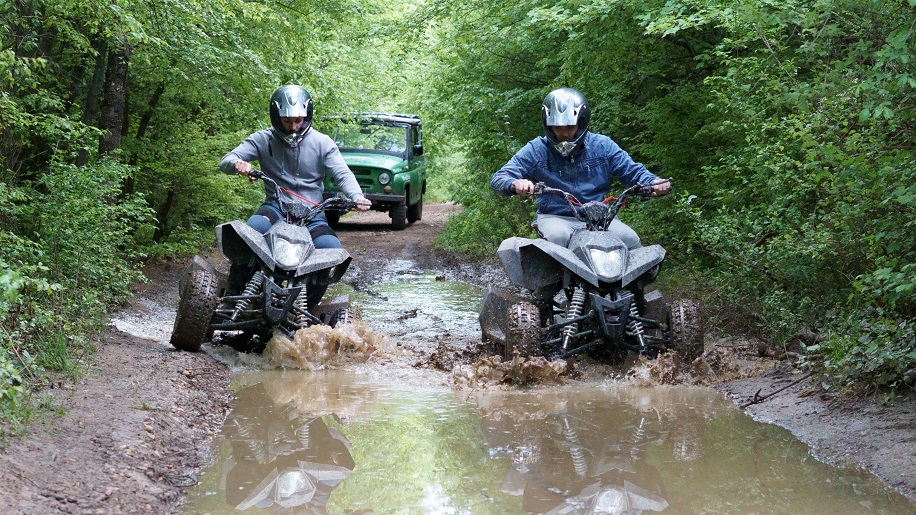 A fun, unusual for the region and very addictive adventure on the hills of Veliko Tarnovo and Arbanasi is offered by Damyan Stefanov. The young man organises off-road safaris on different routes. But rest assured that all of them take tourists to breathtaking views of the old Bulgarian capital and Arbanasi.

The first ever jeep Damyan bought was a Russian military “UAZ” two years ago. Now he has a whole fleet of vehicles – not only jeeps but ATVs and buggies as well. Tourists can drive the buggies and ATVs themselves and they can also choose which route to take. The routes themselves differ in how extreme and how long they are. Moreover, the only Daihatsu off-road jeep of its kind in Bulgaria is available to everyone who chooses HillView Veliko Tarnovo. The jeep has been specially modified with 20-inch tires, has been lifted and has been redesigned to be safe and stable when overcoming the rugged terrain around Arbanasi.

There are no age restrictions for using this tourist service. There are easy enough routes on which even 12-year-olds have managed to drive an ATV.  Damyan also notes that the management of an ATV is more special, but you do not need to have a document of legal capacity.

In order to attract the interest of foreign tourists, he himself offers full-day excursions with his buggies, ATVs and jeeps to monasteries and attractive historical sites near Veliko Tarnovo. He admits that his big goal now is to build a base. What is more, he has also decided to buy a tractor, which will be an extremely interesting attraction for foreigners. 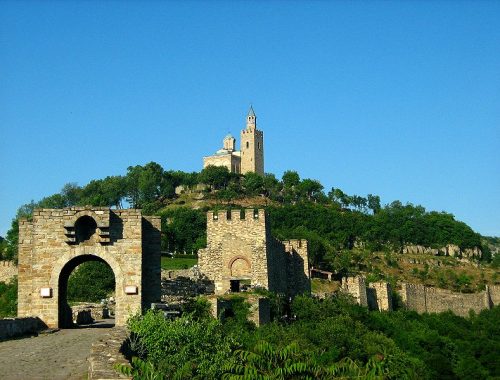