Despite the large drop in tourists because of the pandemic, the Municipal Council has increased entrance fees for museums and popular sites in Veliko Tarnovo and Arbanasi for 2021.

Among the motives for the increase are inflation, as well as the fact that prices for visiting historical landmarks and museums are much higher in neighbouring countries. In addition, there are already several privately owned sites in Veliko Tarnovo which maintain higher prices than the municipal ones. Another argument given for the change is ticket prices in Bulgaria. For example, tickets for the Retromuseum in Varna are 12 lv and the Botanical Garden in Balchik – 14 lv. The castle in Ravadinovo has an entrance fee of 20 lv and the new historical park near Varna – 30 lv. What is more, in neighbouring countries like Greece and Turkey tourists pay between 5 and 30 euros for museum visits.

From January 1st, 2021 the entrance fee for the Architectural and Museum-Reserve “Tsarevets”, the Arbanasi churches “Nativity of Christ” and “St. Archangels Michael and Gabriel ”and the museum“ Konstantsalieva kashta” will be 10 leva. Preferential prices will be provided as well, such as student tickets for 5 lv and family tickets for 15 lv.

The Tsarevets fortress, the churches “Nativity” and “St. Archangels Michael and Gabriel “, as well as the museum “Konstantsalieva kashta” are the most visited historical sites in the region, mostly by foreigners. The entrance fees have not changed since 2009, and the average annual maintenance of the monuments is over half a million levs. With the new price, revenues of over 2,2 million leva are expected. For comparison, at the old price, the revenues were around 1,4 million. Previously, the ticket for adults was 6 leva, and for students – 2 leva.

What is more, an access control system at the entrance of the fortress of Tsarevets was put up. The idea is for visitors to mark the barcode of their tickets so that they can enter. This way, tourists will be let into the fortress in stages and the exact number of visitors will be closely monitored. The access system is in connection with the implementation of a project for the development of an electronic system for ticket sales. Similar access control devices are available in a number of museums and other sites in the country. 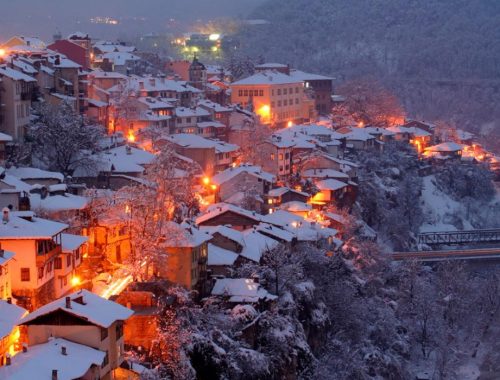