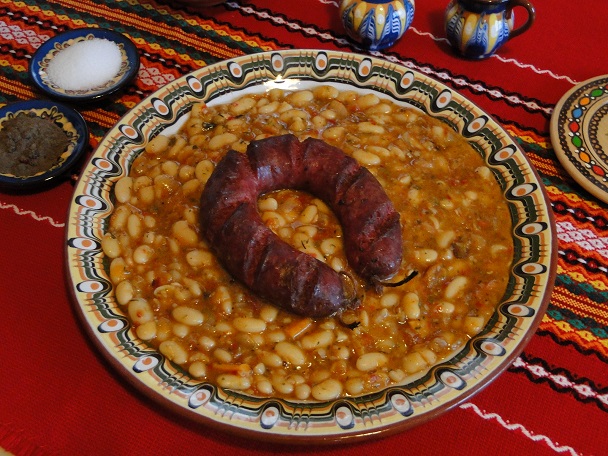 Renowned European chefs present unique recipes from their respective countries in the culinary guide of the European Commission called “Sensational! Cooking with great European products”. The idea behind this cookbook is to promote protected products in the member states of the European Union and traditional cuisine.

The site of the European Commission says that Europe has an immensely rich and diverse culinary history and heritage. What is more, people from around the world travel to Europe, not only to see its many historic treasures but also to try the local cuisine. That is why the European Union decided to protect several products names with the Protected geographical indication (PGI). PGI emphasises the relationship between the specific geographic region and the name of the product, where a particular quality, reputation or other characteristic is essentially attributable to its geographical origin.

Bulgaria is represented by chef Vladimir Todorov, who offers a modern version of the traditional bean stew with sudzhuk. The meat delicacy is the first and for a long time the only Bulgarian product registered in the EU with a PGI. The cookbook explains that the sudzhuk is a traditional Bulgarian sausage dating back to the 16th century when Sultan Suleiman the Magnificent ruled over our lands. It is made from beef flavoured with spices – black pepper, cumin and savory. Just two companies from Gorna Oryahovitsa have the right to produce the delicious sudzhuk. They say that the secret is in the spices and in the quality of the meat.

The cookbook can be downloaded for free here and is available in all languages ​​used in the countries of the European Union.