Entertainment, Sights, Things to do

Euronews presents “Tsarevets Fortress: The City of the Tsars”

A Euronews team visited Veliko Tarnovo in order to film a short video about the old capital. The episode “Tsarevets Fortress: The City of the Tsars” from the “Postcards” section of the multilingual news media emphasizes the historical significance of the old Bulgarian capital, which is defined as a “true national treasure” and a “popular tourist destination”.

The video was shot with the assistance of the Municipal Tourist Agency “Tsarevgrad Tarnov”. Rumyana Pavlova, a guide from the Regional Historical Museum in Veliko Tarnovo, talks about the glorious medieval past of Tsarevets, a powerful symbol of Bulgarian national pride. The episode also presents the frescoes from the 80s of the XX century in the Patriarchate of the historical Tsarevets fortress, as well as the churches and architecture ​​from the village of Arbanasi. Euronews Postcards tells short stories of travels to various destinations around the world, combined with personal impressions and practical advice. The episode about Tsarevets is dubbed in 12 languages ​​and can be seen on their site (click to follow the link) as well as on the YouTube channel of media.

The Veliko Tarnovo area is full of interesting places worth visiting. From the ancient Roman city of Nicopolis ad Istrum to the beautiful mountain town of Elena or the Hotnitsa waterfall to the Kapinovski Monastery or the Emen canyon – the region is rich in cultural, historical or natural sights and landmarks for all to enjoy. 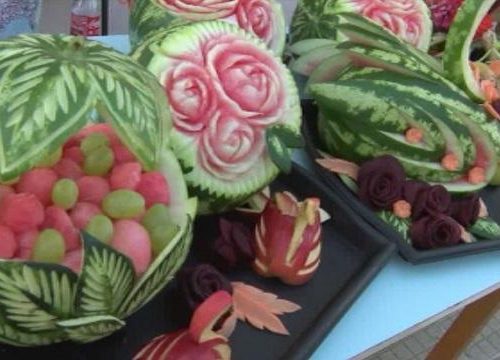 Don’t miss out these events in Veliko Tarnovo area