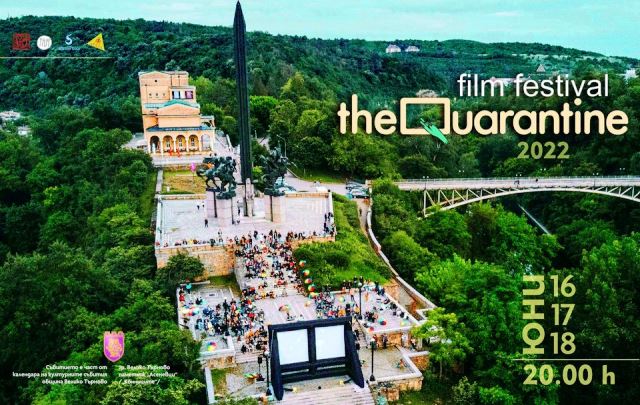 “Quarantine” is an international short film festival, launched in 2014 and aimed at promoting young and unknown authors among professional film circles. The festival is organized on a completely voluntary basis, there are no entrance or screening fees.

Тhe festival is held for the first time in Varna on the beach in front of the fishing village “Quarantine”, which is one of the last fishing villages in the Varna region. The name of the region – “Quarantine” comes from the past, when the sailors from cargo ships, entering the port on suspicion of contagious disease, were isolated on shore for a quarantine period of 40 days. If they did not show signs of illness, they were admitted to the city. Nowadays, young authors who have not yet realized themselves are in a state of “quarantine” – isolated from professional film circles due to lack of experience. Similar to the history of the beach, the organizers named the festival “Quarantine”.

An external edition of the International Short Film Festival “Quarantine” will take place in Veliko Tarnovo, within three days – from 16 to 18 June. The project is being implemented for the second year in a row in Veliko Tarnovo, and the venue of the festival will be the Asenevtsi monument. A selection of the best international short films will be presented to Veliko Tarnovo residents and guests, and the genres are diverse – documentary, feature, experimental, animation, and video art short films.

During the three festival evenings 41 international short films on diverse topics will be screened. All films have English and Bulgarian subtitles. The film blocks during the Quarantine Festival will last for one full-length film – between 10 and 12 short films will be shown in one night, with a total duration of 1 hour and 40 minutes.

For the fans of the experimental cinema a specialized day screening will be held in TAM (ul. “Velcho Dzhamdzhiyata” 16,).

Every festival evening will start with original live music: