The cultural calendar of Veliko Tarnovo this summer is constantly changing due to the emergency epidemic situation in the country. At the moment, some of the events are already underway, others are planned, and others have been postponed or will not take place. Those that still remain in the program will be without international participation and even without some of the pre-announced Bulgarian artists.

In the months of July and August the Theatre Festival “Summer, Dolls and Friends” will continue. This festival is aimed at children. Kids can watch puppet shows by Bulgarian theatres every Saturday at the open stage next to the Asenevsti monument. For movie lovers, the Summer Cinema under the stars is also ongoing at the Summer Theatre at Marno Pole Park.

As for the fifth summer season of the Bulgarian opera festival “Stage of the Ages”, it begins on July 18 at Tsarevets Fortress. The program of this edition will be greatly reduced due to the uncertain times in which we live. As of recently, the operas in Burgas and Ruse have had to cancel their participation due to the coronavirus.  That is why now the program includes just an opera title, a ballet production, two operettas and a symphony concert. These are “Attila” and “Don Quixote” by the State Opera of Stara Zagora, “The Beautiful Helen” by the State Opera of Varna, “The Bat” by the Veliko Tarnovo Theatre and the symphonic concert of Vesko Eschkenazy and the Pleven Philharmonic – “The Four Seasons”. Also due to the advice of medical experts, the performances will have no entracte.

This year’s traditional summer cultural calendar excludes the events “Arbanasi Summer Music”, the classical concerts at Trapezitsa and the International Festival of Military Orchestras. The Ancient Festival “Nike – game and victory” will not be held in the ancient city of Nikopolis ad Istrum. In its place, two smaller one-day events will be held, aimed primarily at families and children. The International Folklore Festival remains in question, with the option of holding it at a slightly later stage, with a smaller number of participants and for a shorter period. But with the main attraction of the festival being the presence of foreign groups, it is highly likely it will be cancelled as well.

The organisers of Mindya Rock Fests have not given up on the idea of holding the festival. The preparations for the Craft Festival and the Night of the Samovodska Charshia are ongoing as well. 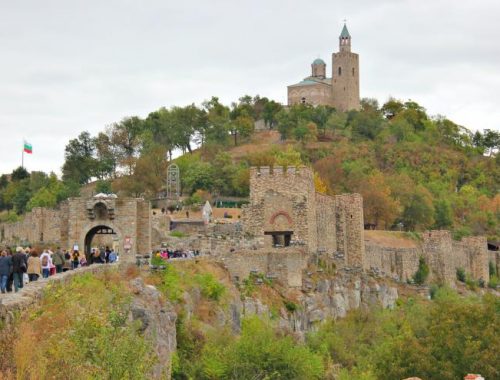