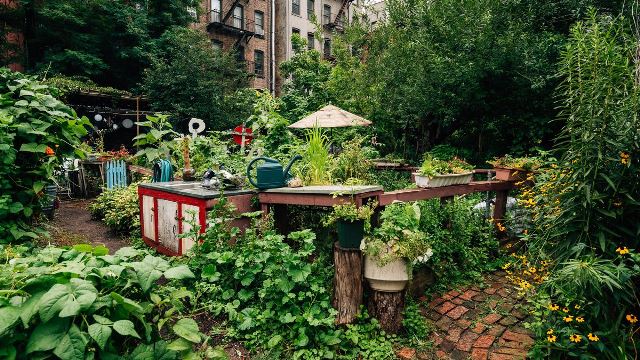 Design and furnishing, Lifestyle, Things to do

The Municipality of Veliko Tarnovo has announced the tenth anniversary edition of the eco-project “My Garden”. This year the residents of the Old Capital will be able again to transform the spaces around the residential buildings into beautiful corners with greenery and flowers. The planting material will be provided for free.

Applications for afforestation of municipal property will be accepted until the end of February. All property owners in the old capital city can take part, including representatives of the condominiums, selected according to the established normative requirements.

The applications must be submitted to the office of the Municipality of Veliko Tarnovo. They must describe both the terrain selected for improvement and the preferred planting material. Attached should be a document of ownership of a property, and if the building is in condominium mode – minutes of the general meeting of the owners for the election of a representative.

After receiving the documentation, an inspection of the areas around the buildings will be made, and experts and specialists from the Municipality of Veliko Tarnovo will assess whether the requested plant species are suitable for planting in the selected places.

If the opinion is negative, the trees, shrubs and flowers will be replaced with more suitable ones. The commitment for planting and subsequent care to maintain the plant material, received from the Municipality of Veliko Tarnovo, belongs to the participants.

Last year, 23 applications were approved for the improvement of inter-block spaces. On the territory of the city are planted 5 trees and 1,375 shrubs – forsythia, vigella, hibiscus, spirea, tamarisk, lilac, magnolia, Indian lilac, thuja, ligustrum, etc., as well as 632 perennials. With this eco-project, since 2013 so far more than 170 public areas and inter-block spaces have been improved according to the ideas of the citizens. More than 6,300 flowers and shrubs have been planted, as well as more than 210 trees.