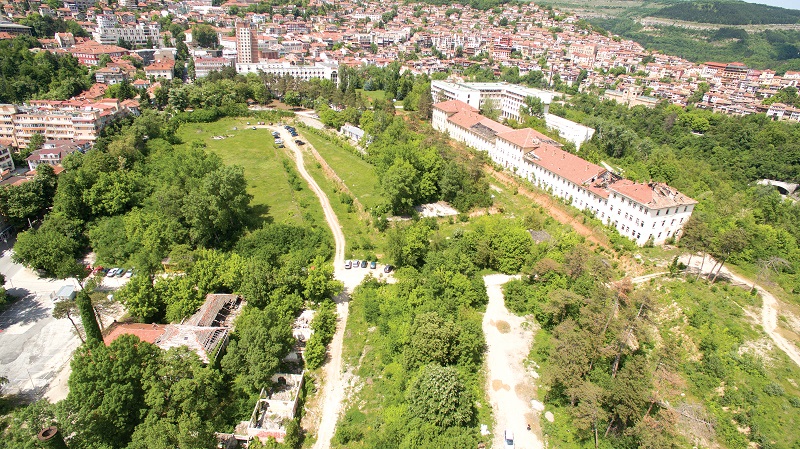 The Italian architect Claudio Nordi received the first award in the international competition for a new Veliko Tarnovo centre. His development was awarded 25,000 euros. It provides 15-story buildings with gardens between floors, a 6,000-square-meter congress centre, underground parking, a modern library and several museums. 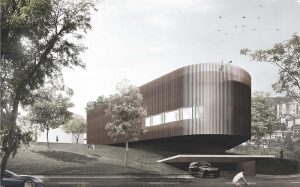 An international jury, which was led by Prof. Arch. Georgi Stanishev reviewed 62 works that competed in the contest just for a day and a half. All projects will be made available to the public for feedback.

In the old military school, the first building to be built is the congress centre of arch. Nardi. This will be in 2019, and the money, including the international competition, is covered by the “Growth Regions program. ” The municipality team will decide what else will be in the rest of the new city centre after there is a clear idea what needs to be build. The form is from both EU funds and public-private partnerships, “commented arch. Georgi Stanishev. “The ratio of 60/40 in favour of the green areas is respected”, underlined the chief architect of the town Nikolay Malakov. 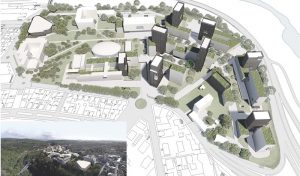 The congress centre by architect Nordi is located in place of the former stadium. There is also a huge parking lot to be built beneath it. The three-story building in a futuristic form resembles a spaceship, and it has already gotten some negative comments that it looks like a “wagon”. In the southwestern and southern side of the old military school, the Nardi project provides for 15- and 12-story buildings with a different purpose and a large pedestrian area. 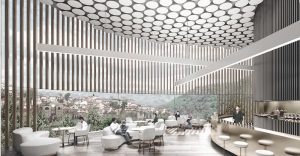 A total of 62 conceptual projects were received in time in the Municipality of Veliko Tarnovo and two of the project proposals were delayed and returned to their authors. Two-thirds of the projects are from abroad – Italy, Russia, France, Germany, Sweden, Bosnia and Herzegovina, Turkey, USA, China, India and others. The Municipality of Veliko Tarnovo has the copyright on all the projects, as this is one of the conditions in the competition. 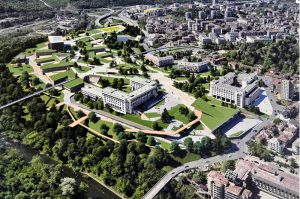 The task for a new Veliko Tarnovo centre was not easy for both the participants and the jury. Within the framework of the architectural competition, the municipality has set two goals – town planning of 150,000 square meters of maximum built-up area and 6,000 square meters of exhibition centre.