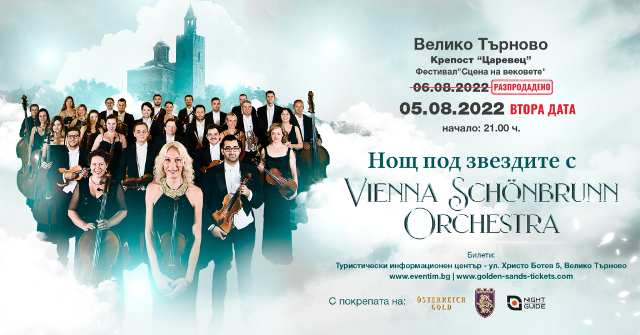 A night under the stars with the Schönbrunn Palace Orchestra

The world-famous Schönbrunn Palace Orchestra will perform two concerts at Tsarevets Fortress in Veliko Tarnovo as part of the Summer Opera Season “Stage of the Ages” 2022.

The first announced date for the tour of the Viennese musicians was August 6, but due to the great interest in the event, the orchestra will perform on the open stage in the Palace of the historical fortress on August 5 at 9:00 p.m.

This is a precedent in the history of the longest-running outdoor opera festival in Bulgaria, whose program includes on July 23 the opera “Ernani” by Giuseppe Verdi, on July 29 – the theater-musical performance “Amadeus”, the opera “Romeo and Juliet” by Charles Gounod on August 29, the Bucharest National Opera Tour with Rigoletto by Giuseppe Verdi on September 2 and the surrealist opera by Astor Piazzolla Maria of Buenos Aires on September 10.

The Schönbrunn Palace Orchestra – Vienna is a renowned chamber orchestra of international acclaim that musically recreates the glamor and romance of imperial Vienna. Along with the high musical level, the composition is distinguished by a homogeneous sound, a charming performance and an extremely elitist appearance.

The Schönbrunn Palace Orchestra – Vienna has many years of experience in working with performers of operetta music, and it is no coincidence that for more than 25 years they are privileged to play in one of the most beautiful and romantic castles in the world.

Тhe conductor of the Vienna Schönbrunn Orchestra is Guido Mancusi. He is the son of an Italian pianist and an Austrian opera singer. He began his international career in Vienna and for several years he has been leading the Schönbrunn Palace Orchestra. He was excited to learn that the upcoming concerts in Bulgaria are so eagerly awaited by the audience.

The program of the Bulgarian tour of the musicians, which will pass through Veliko Tarnovo, Varna and Sofia, includes hits of classical music such as “Radetski March”, waltz “On the Silent Son Danube”, parts of the operettas “The Bat” and “Gypsy Baron”.

Tickets for the new date of the concert “Night under the stars with the Vienna Schönbrunn Orchestra” in Tsarevets – August 5 are now on sale in the Eventim.bg network and the Tourist Information Center at Hristo Botev Street No. 5 in Veliko Tarnovo. 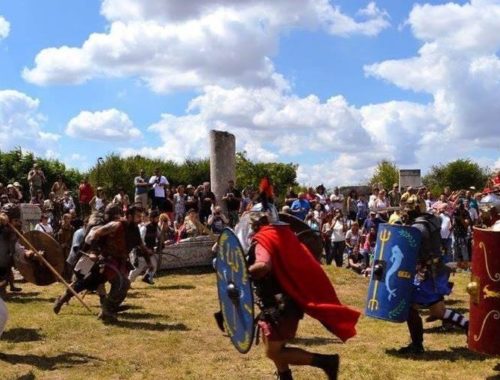 The village of Hotnitsa in transforming in front of our eyes

Where to relax near Veliko Tarnovo?