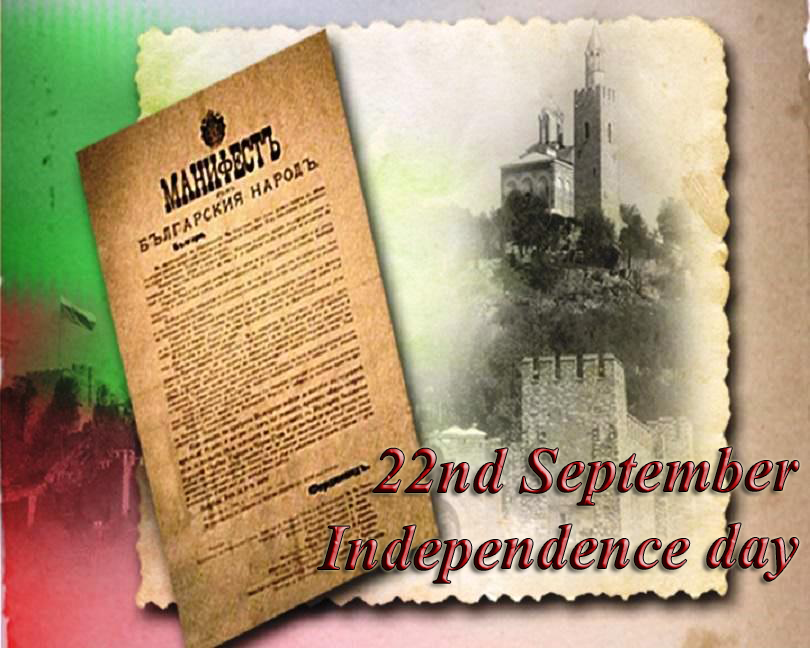 On September 21, at 4:30 pm, the 13th International Military Orchestra Festival begins with a procession in front of the theatre. The official opening and presentation of the participants with a short show program is half an hour later at 5:00 pm. The total number of participants is over 200 people. These include the Algeria National Guard Orchestra and the Air Force Academy from Brasov, Romania, the Sofia Guards Brass Orchestra, and the Trojan Representative Orchestra of Ground Forces. At 9 pm is a 3D mapping show “Tsarevgrad Turnov”, which has become a long-awaited event for residents and guests of Veliko Tarnovo.

The events marking the 111th anniversary of the proclamation of Bulgaria’s Independence on the festive September 22nd begin at 7.30 am with a festive liturgy at the Saint 40 Martyrs Church. A historic reenactment in the churchyard will recreate the reading of the royal manifesto for Independence. The national flag will be erected at 10.30 at the Tsarevets fortress with a military ritual, and at the same time, the flag will rise above the Trapezitsa fortress as well. Then the mayor of Veliko Tarnovo Daniel Panov and the official guests will hold a speech. Wreaths and flowers will be laid before the Pyramid of Independence. A procession to the Mother Bulgaria Monument and laying of garlands will follow, and there will be a performance of military orchestras in front of the Municipality building and a concert of amateur formations in front of the Post building.

At 2.00 pm the residents and guests of Veliko Tarnovo can take part in the free guided tour “In the Steps of the Bulgarian Statehood”. The tour includes the churches in the Asenov neighbourhood. Throughout the day the entrance to the Tsarevets fortress and the “St. 40 Martyrs” church will be free. At 5 pm, the festive concert of Nikolina Chakardakova and the Nevrokop dance ensemble begins on the stage in front of the Municipality. An hour later, the Grand Tarnovo horo will wind down the main street. At 7 pm at Tsar Assen I Square in front of Tsarevets, gun techniques will be demonstrated by the National Military University Vasil Levski. And finally, at 8.15 pm the show “Tsarevgrad Turnov – sound and light” will take place, accompanied by festive illuminations.

For the holiday, the arch, which is traditionally raised next to the building of the Bulgarian Post, will be decorated with the text of the Declaration of Independence, which was read by Tsar Ferdinand 111 years ago in Veliko Tarnovo. For the festive September 22, the document will be read in three places in the city – the church “St. 40 Martyrs ”, at Tsar Assen I Square during the festive illuminations and at the royal palace at the raising of the Bulgarian flag.