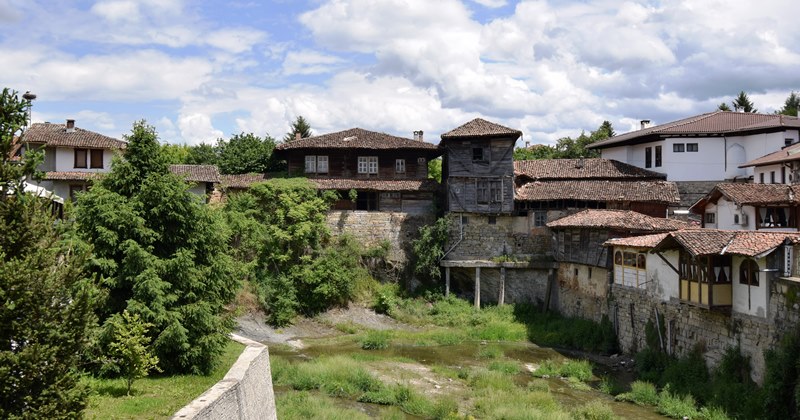 Hidden in the forests of the Elena Balkan, only 40 km from Veliko Tarnovo, the town of Elena awaits you. It is located in the picturesque valley of the Elena River and combines history, traditions that have remained intact over the centuries, and, of course, magnificent nature.

According to local legends, the name of the town comes from the tragic story of two lovers. The maiden’s name was Elena and she was from the village of Kupinovo and the lad was Samuil from Tvurditsa. Their wedding was held in the place where today’s town of Elena stands. However, the wedding was interrupted by robbers. The newlyweds were tragically killed and the girl’s parents decided to settle in this place and name it after her.

The town’s history can be traced back to 1430. During the years it has had a lot of different names including Strumena and Eliana. During 18-19 centuries the town of Elena was considered a craft, trade and cultural centre. Evidence of its rich historical past can be found everywhere like in the 129 preserved buildings from the Renaissance era.

For a long time, the town was known as the “Bulgarian Bethlehem” because during the Renaissance there were three churches there – something unthinkable for any Bulgarian city in those days. One of them was the church “St. Nichola”. There is written evidence from the end of the XVI century for its existence. What is more, many stories from the glorious life of great Bulgarians are intertwined with Elena – Vasil Levski, Ilarion Makariopolski, Doino Gramatik and many others.

Almost all of the beautiful houses in Elena have their very own story. One of the more interesting ones is the story of the five Razsykanovi houses. The five Razsykanovi or also known as Hadjidimitrovi houses are a cultural monument of national importance. They represent an extremely interesting architectural ensemble of five houses, built by Hadji Dimitar Razsykanov for his four sons. The wide eaves of all five houses form a sort of line that follows the curved street line. The houses were built at the end of the 18th century and the beginning of the 19th century. The facade of each of them is harmoniously connected with that of the neighbouring buildings. They represent the traditional houses from that time with their shop, fireplace and big veranda to the garden. Each house has its own architectural solution which distinguishes it from others and gives it its’ special beauty.

What is more, one of these unique houses is up for sale. So if you’ve ever wanted to own a piece of history do not miss this amazing opportunity. You can find the house on Yantra Homes site.

Other notable buildings that are definitely worth seeing are the house of Ilarion Makariopolski, the Clock tower, the Daskalovnitsa, the Popnikolova house and many more. And in the outskirts of the town, you can find the Kaleto area, Markov stone, Elephant tree, Hristovski waterfall, Yovkovtsi reservoir and many more beautiful landmarks.

Elena is a beautiful town with a rich historical and cultural background. That plus the many natural landmarks and numerous well-maintained eco-trails make Elena a destination preferred by Bulgarian and foreign tourists all year round. The easiest way to go back in time is to just take a walk down the cobbled streets of Elena.

Replica Statue of a Terracotta Army Warrior in Veliko Tarnovo