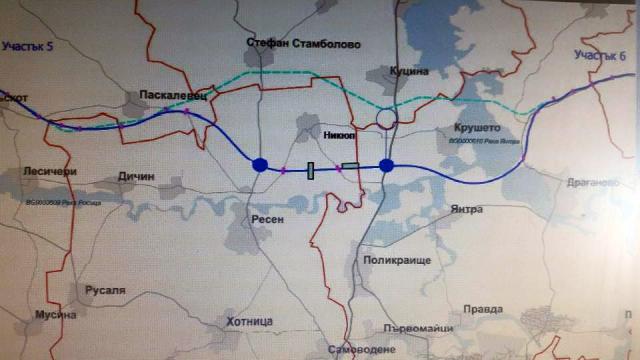 The final route of Hemus Highway is marked in dark blue

The motorway will pass about 20 km from Veliko Tarnovo, north of Resen and south of Nikyup. The closest villages to the new route of the highway will be Paskalevets, Nikyup, Krusheto, Sushitsa and Kamen. Initially there were hopes that the highway might be built near Polikraishte, but eventually it became clear it will be constructed further north. However, taking into account the fact that there was an option the motorway might go just south of the town of Byala, this final choice is much more favourable for the people of Veliko Tarnovo and the surrounding villages.

The decision to alter the route of the highway came in the winter thanks to the Mayor’s hard work in this direction. During Friday’s discussion Mayor Panov said that because of the change an increased economic activity in Veliko Tarnovo and the surrounding area was already reported. It is expected that the old capital will become a huge logistics and cargo centre. The crossing of Hemus Highway with the Pan-European Transport Corridor No 9 Helsinki – Ruse – Svilengrad – Odessa) just 15 km away from Veliko Tarnovo will give the town and the region a strategic advantage. 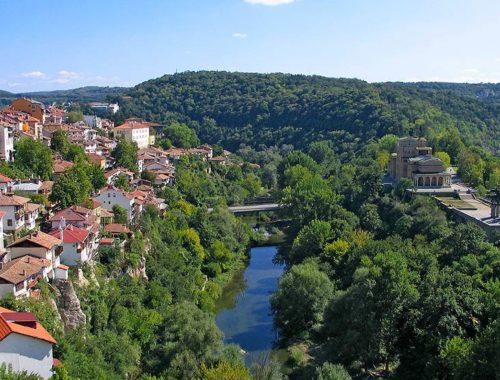