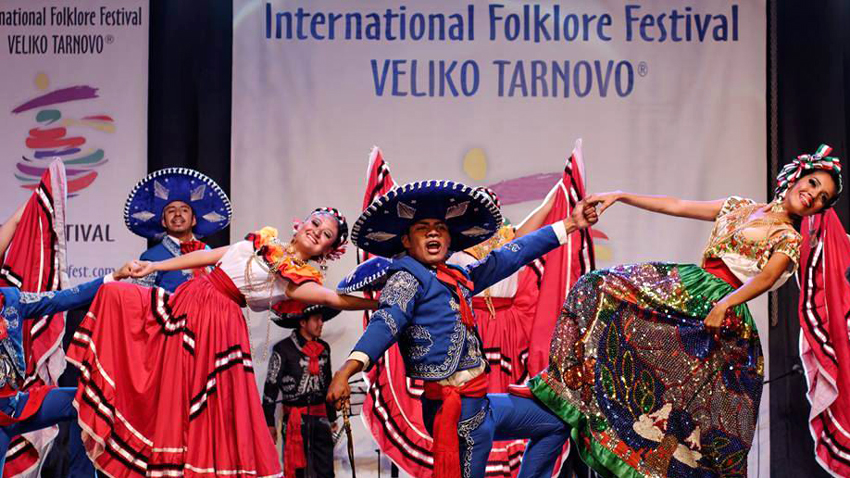 Veliko Tarnovo will once again host the International Folklore Festival. On July, the 22nd edition of the Festival will officially begin. This year, the festival will be attended by nine countries. The spectators in the Summer Theater of the old capital will once again be overwhelmed by hot rhythms and exotic dances from foreign countries.

The group “Santiago del Estero” will come from distant Argentina. This is an ensemble that has travelled around the world, presenting their extremely rich repertoire and has won many awards. The Bashkortostan Republic, which is part of the Russian Federation and is located on the border between Europe and Asia, on the slopes of the South Urals, will be represented by the State Ensemble for Songs and Dances “Miras”. They will be for the first time in Veliko Tarnovo this summer. “Miras” means “heritage”.

The National Dance Ensemble Bolneli are the representatives of Georgia, they are the only ones in the world dancing on their tiptoes. They will perform anything from dancing with knives to the gentle and exquisite dances, to the beautiful and rhythmic general choreographies that detonate with mastery and technique. The Georgian formation, which has won prizes and first places from various competitions and festivals, comes from the town of Bolnicie, located on the banks of the Mashavera River, about 30km southwest of the capital Tbilisi.

The SOHAG National Folklore Ensemble comes from the Egyptian province of Sohaag, which is about 600km south of the capital. The show is guaranteed because of the whirlwind choreography, the unique costumes, the artistry and the stage performance, due to the characteristic Arabic music and the dance art they will show. The Kairali Cultural Association has the important task of presenting East Timor, a new state on the world map. It is located at the eastern end of the Indonesian archipelago, northwest of Australia. There are 25 dancers and musicians united in the Kairali Cultural Association group, which will perform for the first time on Veliko Tarnovo ground.

Inner Mongolia will also have its own participants at the festival. It is an autonomous region of the People’s Republic of China. The group, which will visit Veliko Tarnovo, comes from Beijing and is called “CHOOR Mongolian Music Ensemble”. The participants in it carry the liberal spirit of their birthplace, the love for traditional music, but also the desire to present it in a new and modern way to the world.

Colombia will, of course, participate in this year’s festival as well. The group that will take part in this year’s edition of the Festival comes from the third largest city in Colombia – Santiago de Cali, located in the western part of the country, in the valley of the Caucas River and at the foot of the Andes. They call Cali the world capital of salsa, the city of beautiful women and men who can dance as gods. The group Compania Artistica Manglares will bring this feeling of Colombia to the old capital.

Gran Ballet Folklorico will come from faraway Panama. The band comes for the first time in the history of the Festival. They have prepared a special repertoire for the residents and guests of Veliko Tarnovo. This year’s festival promises a wide range of cultures, music and dances.

The House with the Monkey in Veliko Tarnovo