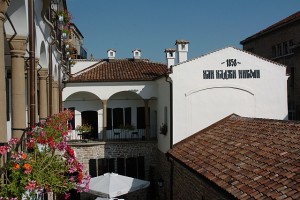 Hadji Nikoli Inn (situated in Veliko Tarnovo) is featured in the on line contest Emblematic buildings of Bulgaria 2014. The initiative is a follow-up from the Building of the year contest; its aim is to popularize significant and legendary building in Bulgaria which have been renovated or restored in recent years and are inseparable part of the Bulgarian cultural and historic heritage.

12 restored and renovated buildings are part of the 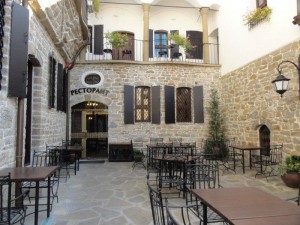 contest. The site of the initiative presents them all in an easy user friendly interactive way; site visitors can read lots of ingesting fact, see 360° videos of the buildings and of course vote for their favourite. The one with the most votes will be declared the Emblematic building of the year 2014.

Hadji Nikoli Inn was built in 1858 – 1862 by the ingenious master builder Kolyo Ficheto for the wealthy merchant Hadji Nikola Minchev (Hadji Nikoli). At the time most buildings were predominantly made of wood and the newly-built inn stood out with its splendour and magnificence. Another reason why is it so cherished today is that it’s the only inn in Veliko Tarnovo that has remained intact up to nowadays – there were 70 inns in 1877.

Hadji Nikoli Inn of Veliko Tarnovo is a unique 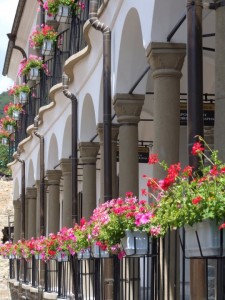 masterpiece of the monumental architecture dating back to the late Renaissance period in Bulgaria. It is declared a cultural monument of national significance. The unique Hadji Nikoli Inn was brought back to life in 2010 following a long and thorough restoration. It has preserved its authentic character but with a modern twist. Hadji Nikoli Inn opened its doors for visitors and guests in March 2010 and quickly turned into a major cultural centre. The Complex of Hadji Nikoli Inn now comprises several exhibition halls and an Art gallery, a restaurant with differently decorated lounges and a garden, a coffee shop and a wine-bar.

If you want to cast your vote and help Hadji Nikoli Inn win you can do it here:

Two new orders of the Minister of Health coming into force today.