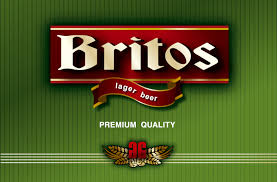 The Veliko Tarnovo based Britos brewery received the ‘Investor of the Year ’ award at this year’s ceremony, held by the Bulgarian Investment Agency. Gabriela Popova, CEO of Britos, received the prize on behalf of the company.

Present at the ceremony were the Prime Minister of Bulgaria Plamen Oresharski, the Minister of Economy and Energy Dragomir Stoynev, the Regional Minister Desislava Terzieva, the Minister of Transport, Information Technology and Communication Danail Papazov and also Carlos Bronzato from the World Association of Investment Promotion Agencies.

Over 20 million leva were invested in the brewery. The technology and the machinery used are all latest state of the art. A team of 20 German experts helped out in the setting up of the new enterprise. The brewing of the lager is conducted according to a secret German recipe and technology process elaborated by the VLB Institute in Berlin.

The winner was chosen based on several criteria. Some of them were the volume of investments made, number of new job openings, number of highly qualified experts hired and the positive influence over the economic growth of the region.