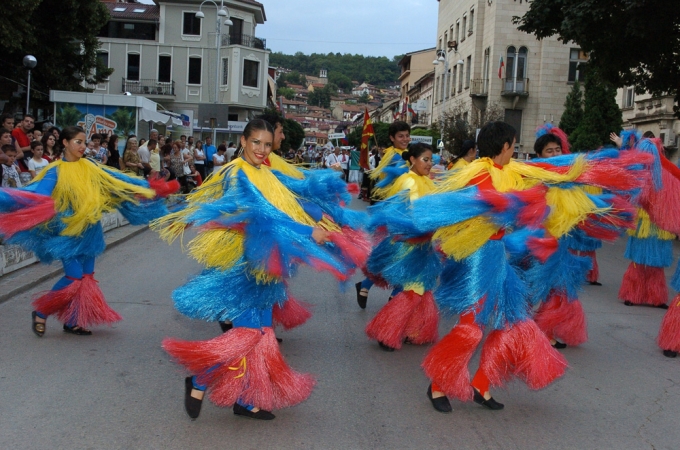 The 16th edition of the International Folklore Festival will convert Veliko Tarnovo into a colourful  and hot venue, engulfed in the magic of folklore art and dance.

The festival will be held from 20 to 27 July on the newly opened stage of the Summer Theatre in Veliko Tarnovo, Marno Pole Park.

The folklore fiesta will feature participants from Brazil, India, Columbia, Russia, Salvador, Togo, Hungary, Czech Republic and Bulgaria. The organizers promise a sea of colour and dance – from hot Brazilian samba to exotic Columbian mapalu, from the voodoo magic of Togolese shamans to Russian kazachok and Indian rhythms of Punjab.

The festival has been staged in Veliko Tarnovo since 1998 and is a member of CIOFF – the international Council of Organisations of Folklore Festivals and Folk Arts.