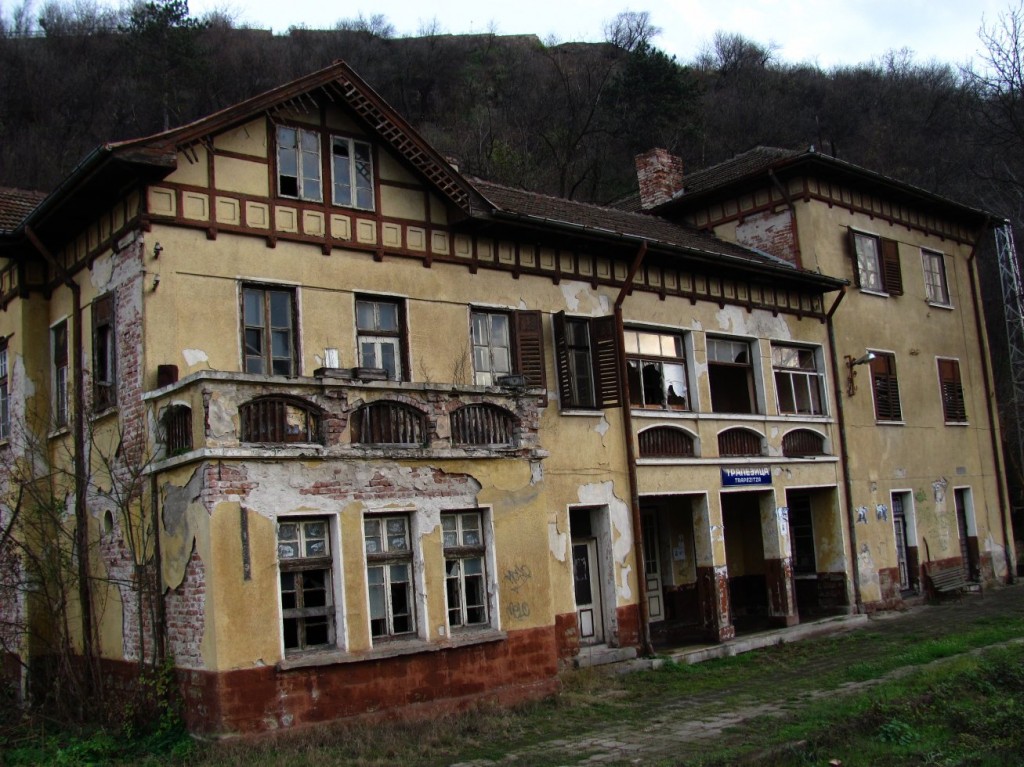 The Independence of Bulgaria (celebrated just two days ago) from the Ottoman Empire was proclaimed on 5 October (22 September old style date) 1908 in the old Bulgarian capital Veliko Tarnovo by Prince (Knyaz) (afterwards Tsar) Ferdinand of Bulgaria.

Few people know that the historical events related to the Bulgarian Independence start from Trapezitsa station in Veliko Tarnovo. According to historical accounts, in the early morning of 22 September, Ferdinand takes his last steps as a prince in this station. Minutes later, he assumes the title of tsar as the head of an independent state. The royal train stops at the train station, without anyone knowing, because the tsar liked surprises. He then gets off the train unnoticed and walks to St. 40 Martyrs Church.

Tarnovians had placed a patriotic plaque to commemorate the event, which now, 105 years later, no longer exists and this beautiful building is left to decay. The hand painted inscriptions on the stones cannot be read and hardly anyone knows that this place marks the beginning of the Bulgarian Independence.

Currently, there are plans of transforming the station into a virtual museum. The municipality is to acquire and renovated the property, which is built in North German Style. This is one of the initiatives regarding the candidacy of Veliko Tarnovo for European Capital of Culture.