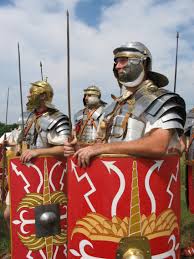 The archaeological reserve of Nicopolis ad Istrum will be the scene of large historical re-enactments of life in the Roman Empire; the ruins of the town are located at the village of Nikyup, 20 km north of Veliko Tarnovo. Vestal virgins, legionaries, patricians, noble Romans and a variety of rituals and crafts will come to life among the remains of the ancient town.

The Roman day is part of the Cultural Tourism International Expo. The idea behind the event is to present the changes that were done in the archaeological reserve last summer in front of visitors, travel agents and participants in the fair.  After the changes the place is more friendly and people-oriented. The happening is organized by Tsarevgrad Tarnov Municipal Tourism Agency with the cooperation of Veliko Tarnovo Regional Historical Museum.

Acting troupes from the town of Svishtov will recreate much of the action and battle scenes during the day. The legionaries’ demonstrations will be accompanied by crafts representations like blacksmithing and coin cutting. Visitors at Nicopolis ad Istrum will be presented with the opportunity to shoot a bow and arrow and to try ancient Roman cuisine; a fish soup will be prepared on the spot according to an old authentic recipe. 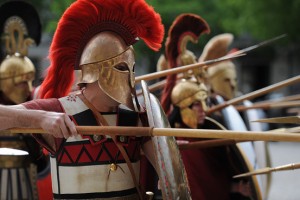 A Roman wedding will be recreated amidst the remains of the agora. The ancient ritual dating 1500 years back in time will start with a home cleansing dance performed by the vestal virgins.  A theatre group from the community centre in Debelets will re-embody the vestals.

Everyone who is interested in the past of the ancient town is welcomed to join the free guided tours organized by Veliko Tarnovo Regional Historical Museum. This year for the first time there will be picnicking as part of the pastimes activities during the day; a pleasant way to combine a day of rest within a beautiful setting with a journey back in time. The Roman day starts at 10.30 am and entrance is free.

Veliko Tarnovo is the most hospitable region in Bulgaria