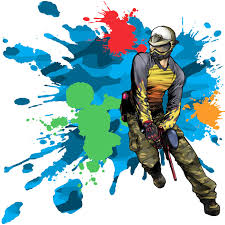 The first of its kind action centre for the region and Central Northern Bulgaria opened up on Sunday. People from Veliko Tarnovo and the region finally have a place to let steam off  . They can wage pretend battles coping computer games and Hollywood action movies.

The battle field is situated next to Trapezitsa Railway Station, just outside Veliko Tarnovo and includes abandoned industrial halls that are now given new life. There are several action sites with different terrain specifications. The complex will be further expanded and in the near future will also offer other recreational activities such as an Indoor Rope Park.

The creators of the venue wanted to show that besides the profound cultural and historical sites Veliko Tarnovo has to offer, it can be chosen as a sports and recreation destination.

Paintball is extremely popular all over the world. The game is fun and develops different skills. Many companies use the past-time activity to build the team spirit of their employees. The owners of the Paintball Arena said that they will actively encourage children to go and spend some time at the centre as an alternative to simply staying in front of the computers at home.