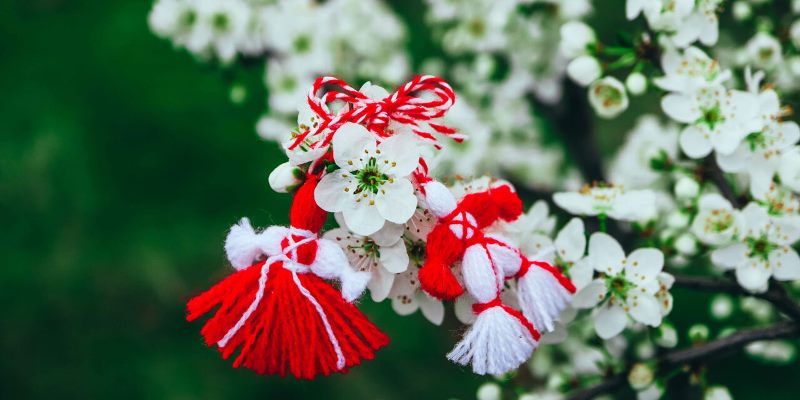 Today we celebrate Baba Marta. Baba Marta is one of the most beloved Bulgarian traditions. On this holiday, everyone gifts their loved ones with a special amulet, called a martenitsa, for health throughout the year.

Baba Marta or Granny March in English is a mythical character in Bulgarian folklore. In folk beliefs, presented in proverbs and tales, her name is associated with the name of the month of March. There are three months that are personified in the Bulgarian mythical notions – January, February and March. January and February are presented as brothers with a fierce character – Big Sechko and Little Sechko. Baba Marta is considered to be their sister, who is sometimes smiling and well-meaning, sometimes unpredictably evil.

The martenitsa is without a doubt one of the most beloved Bulgarian symbols. Most often it is made of twisted woollen or cotton white and red threads. Each of the colours has its meaning – white symbolises purity, innocence, a new beginning, and red symbolises life, fertility, vitality, health, love, courage and so on. However, in different parts of Bulgaria martenitsas can be made with other colours as well. When making the martenitsa, the threads must be twisted to the left and sometimes various symbols can be added, such as a snail shell for health and strength, beads against “evil eyes” or a coin for well-being. The martenitsas are worn only for a certain period of time. Once you see a flowering tree or a stork or a swallow you are supposed to take it off.

This custom is typical of the Balkan Peninsula and has become a Balkan tradition. It is present in Romania and Moldova, in Northern Greece and even in some parts of Albania. In general, the martenitsa is known to the majority of the population of the Balkans, but mainly Bulgarians have managed to turn it into an object of ritual and artistic value, which over the years has become increasingly important, fitting into the cultural life of the country. 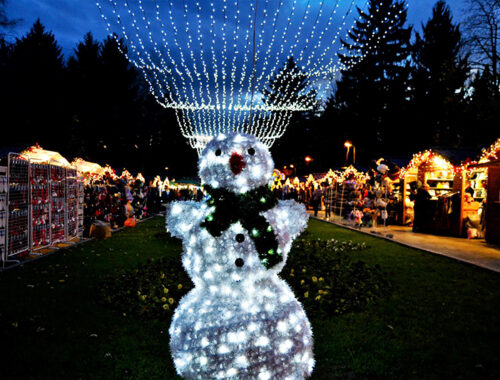 The annual Christmas Bazaar in Veliko Tarnovo opens on November 26

Giant glowing tulips will bloom in Veliko Tarnovo this spring