A Yoga Union in Veliko Tarnovo

Becoming stronger as a team ASHTANGA YOGA VELIKO TARNOVO and YOGA CLUB BREATHE have joined forces to spread the love of yoga around Veliko Tarnovo.  The main studio is based on Ulitsa (street) Nish, just off Bulgaria Boulevard 29, but other venues are used around the surrounding areas. They offer weekly evening and weekend yoga classes including ashtanga yoga, vinyasa flow yoga, hatha yoga and homeopathy sessions.  They also organise events with guest teachers and have recently joined in the biggest yoga event of 2015, both here in Bulgaria and also in the UK – (International yoga day which was held on June 21st).

Yoga is not a sport but a driven way of life, which has the potential to create a vibrantly healthy body and mind.
Ashtanga yoga is a more dynamic yoga style which is practiced in a correct sequential order, gradually leading the body to great strength, flexibility and awareness.  Hatha yoga is a stiller yoga form which includes the practice of asanas (yoga postures) and pranayama (yoga breathing exercises), which help bring peace to the mind and body.
Always thought yoga what a whole load of “OM” then you might be surprised!
The increase in the popularity of yoga is immense and many celebrities, and sports people are turning to yoga to increase and sustain successful careers.  The renowned Manchester United footballer, Ryan Giggs practiced yoga for many years to maintain a good level of play on the field without injury. Madonna began to practice Ashtanga yoga (the Vinyasa style) to get back in shape after the birth of her daughter, Lourdes, in 1996 and continues to maintain a regular practice integrating qualities of this dynamic yoga style in her choreography.
Other famous names who swear by yoga are: Gisele Bundchen, Gwyneth Paltrow, Jennifer Aniston, Jenny McCarthy, Jessica Biel, Matthew McConaughey
Would like more information? – Like Astanga Yoga Veliko Tarnovo – Aщанга йога Велико Търново and Йога клуб ДИША – Велико Търново on Facebook.
July 6, 2015 by admin
Previous Post Next Post 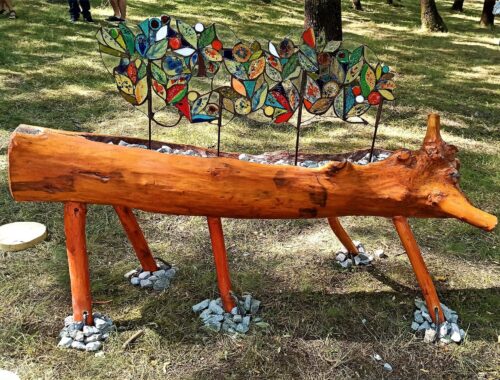