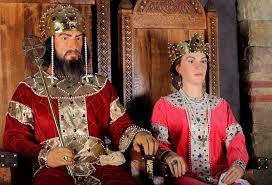 The Multimedia Visitor Centre “Tsarevgrad Tarnov” in Veliko Tarnovo, also known as The Wax Museum, received the top prize for ‘Best entertainment complex’ of 2013 during the 23rd edition of the “Holiday & Spa Expo” International Tourist Fair in Sofia. The prize is awarded for eleventh time by ‘Tourism and Recreation’ magazine, which is a co-host of the event. The town will receive its award on the 14th February.

Veliko Tarnovo represents its bid to become a European Capital of Culture in 2019 on 42 sqm exhibition area. During the show Municipal Agency Tourism “Tsarevgrad Tarnov” will promote the opportunities it offers for year-round cultural, congress, religious and in town tourism.

A strong emphasis will be placed on the joint project of Veliko Tarnovo, Gorna Oriahovitza and Drianovo “White, purple, blue, green – traces of eternity. Its aim is to promote the image of the region as a unique tourist destination, both in Bulgaria and abroad.  The campaign is funded by “Regional Development” Operational Programme. The project unveils the new tourist routes and attractions in the region which will increase the number of visitors and the length of their stay. It also offer data concerning the seasonal and territorial share distribution of tourists flocks in the different towns and sites of the region.