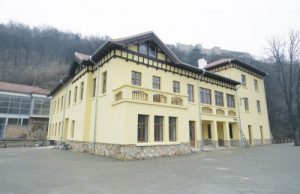 Veliko Tarnovo officially opens its newest tourist attractions Trapezitsa Fortress on the eve of the celebrations of The Independence Day, September 22nd. It is expected that the event will be attended by the Prime Minister Boyko Borisov and the first lady of Azerbaijan and President of the Heydar Aliyev Foundation – Mehriban Alieva. The official opening will take place at 3 pm.

The Municipal Council of Veliko Tarnovo also approved the entrance fees to the Trapezitsa Fortress. It will cost you 6 leva if you visit the site via the pedestrian alley, which is located near the junction of the Veliko Tarnovo – Arbanasi Road in Asenov Neighbourhood. This type of tickets for students will be 2 leva and for Bulgarian citizens aged over 60 – 3 leva. Entrance fee for children up to 7 yo and people with disabilities is free.

If visitors use the recently installed hillside tram the combined fee for both the entrance and lift becomes 16 leva. Children under 7 yo go for free. Students’ combined ticket is worth 12 leva. People with disabilities will pay only 50% of the cost of transportation – 5 leva. Families with up to three children aged between 7 and 18 yo will pay 26 leva for entrance and ride in the inclined lift. 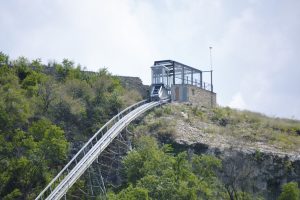 Over the past few years over 7 million leva were invested into socialization, strengthening and partial restoration of the fortress. Two projects were implemented by the Ministry of Culture with expert assistance from the municipal administration.

The first project was Building a retaining wall, artistic lighting and tourism infrastructure for access to the historical reserve Trapezitsa in Veliko Tarnovo, worth 4.6 million leva. It included the installation of the inclined lift which departs from the historic railway station of Trapezitsa and reaches the south tower of the fortress. Also a Museum Centre was set up; it will host an exhibition with the archaeological findings from the medieval fortress. The second project was for socialization and partial restoration of the fortress (invested in the restoration of part of the northern wall, three medieval churches and the construction of the main tourist promenade); it was funded with a donation of 3  million leva by the Heydar Aliyev Foundation presided by Mehriban Alieva.

The village of Strelets hosts the Sweet Sorghum Feast