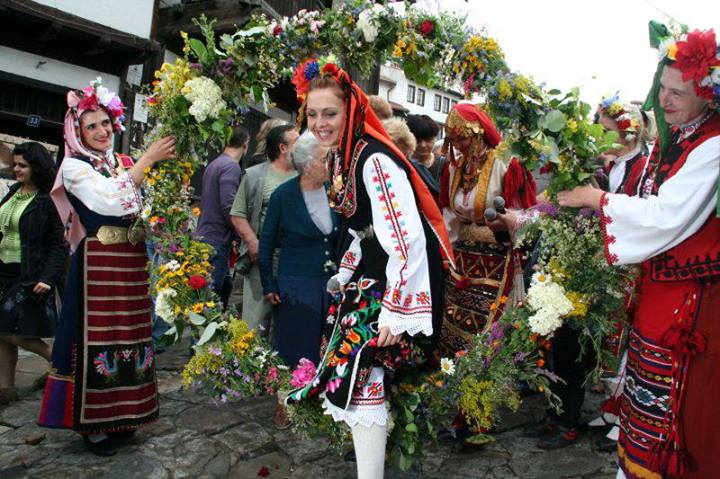 Today is Eniovden. It is an old Bulgarian festivity that is celebrated on 24 June each year. On the same day the Eastern Orthodox Christian Church also celebrates the day of John the Baptist and often rituals and traditions of both festivities are intertwined.

The celebration coincides with the summer solstice, so many of the beliefs and practices are associated with the path of the heavenly light and its cult.

It is believed that before the sun “goes to the winter” (goes into hibernation during winter), it bathes in water sources, thus granting them healing abilities, which is why everyone should bathe before sunrise in running water for health.

It is believed that the first girl to see the rising sun on the morning of the festivity will be rich and healthy.

On Eniovden or Midsummer’s day it is also thought that various herbs have the greatest healing power, especially at sunrise. It is best that they are picked early in the morning before sunrise.  One should pick 77 and a half sorts of herbs for the upcoming winter – “for all diseases and for the one without name”.

In the spirit of these traditions, Tarnovian Herbalists are going to demonstrate how to make your own cures and “potions” today at Samovodska Charshia.