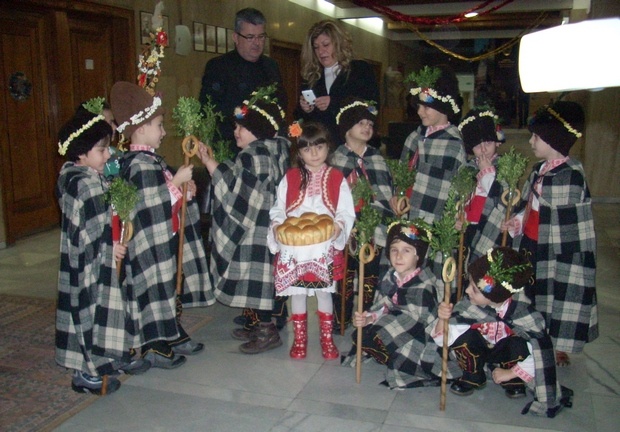 Little carol singers in traditional outfits at the mayor’s office

Cute carol-singers from a Veliko Tarnovo kindergarten knocked on the mayor’s office door. Dressed in traditional costumes with their heavy cloaks and pointy decorated caps, kids entertained visitors and employees of the City Hall.

The mayor Daniel Panov, his deputy Snejana Daneva and the head of Education department Penka Ignatova welcomed the little ones.

A little girl, dressed in traditional costume, gave the mayor traditional bread, a handmade card and a traditional survaknitsa (a decorated cornel stick with which people tap on each other’s back, wishing health, happiness and prosperity).

In return, Daniel Panov treated them with sweets and books.