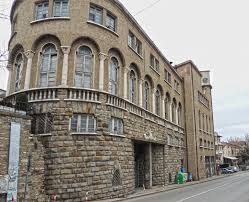 Despite their potential both buildings are abandoned

Veliko Tarnovo filed an official request requiring for the ownership of two symbolic edifices to be passed from the state into the hands of the Municipality. The buildings in question are the Old Post Office at the beginning of Samovodskata Charshia and Trapezitsa Railway Station. Both are intrinsically related with the history of Bulgaria and Veliko Tarnovo. The local authorities rely that the government will take the idea in good part and grant the possession of the properties. The Post Office couldn’t be sold on three occasions. Investors are not interested due to the lack of parking which means it can be converted into a hotel or a shopping centre. The Mayor’s idea is to turn it into a Contemporary Arts Museum, which Veliko Tarnovo lacks, or a place where artists and craftsmen can practice their trades and display their works.

The other landmark building is the old Trapezitsa railway station. The Mayor of Veliko Tarnov was explicit that it will definitely be a museum once the ownership is transferred. The restoration of the building and its new identity will match the whole concept for the area – the starting point of the newly built inclined lift leading to the top of Trapezitsa Hill is next to the train station. The panoramic lift will start operating later this year and the present derelict state of the railway station will not be a pleasant view to see. 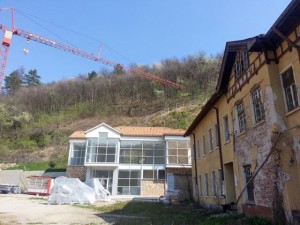 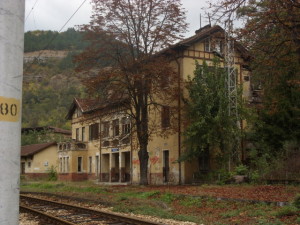