The new expressway from Ruse, which is part of the international Helsinki – Istanbul corridor between Europe and Asia, will run only 4 km away from Veliko Tarnovo, between the villages of Ledenik and Momin Sbor.

Hemus Highway which is also expected to go north of Veliko Tarnovo will cross the new main arterial road from Ruse just 13 km away from the old capital. The road junction is planned to be constructed in the area between Rusalya and Hotnitsa. Another junction north of Polikraishte will connect the current main road to the Danube town with the future highway.

On several occasions it was confirmed by the government that these two major infrastructural projects are amongst the top priorities for the country. Veliko Tarnovo may become an important logistics centre once they are completed and thus boast its economy. The estimated value of the expressway Ruse – Veliko Tarnovo was recently announced – around 580 million euros.

The route of the new arterial road is expected to go along the villages of Karantsi, Radanovo, Petko Karavelovo and Kutsina and then between Ledenik and Momin sbor. From there it will continue towards Gabrovo passing by Debelets. Last year it decided that due to its functions and capacities the new road will be classified as an expressway instead of a highway.

The routes for the two highways that will pass near Veliko Tarnovo are already clear, the local newspaper Borba announced. Officially Hemus Motorway will run north of Polikraishte, about 13-14 km from the old capital. There will also be a large road junction where Hemus intersects the planned highway between Ruse and Veliko Tarnovo. The Ruse – Veliko Tarnovo Highway is to cross the current Sofia – Varna main arterial road near the village of Momin Sbor.

Hemus Motorway is to enter Veliko Tarnovo area near the village of Varbovka (close to Pavlikeni) and will go south to Mihaltsi. It will pass near Lesicheri, Dichin, Vodoley and will reach Polikraishte; it will then continue in the direction of Sushitsa and Gorski Senovets and all the way to Belokopitovo and Shumen.

The Ruse – Veliko Tarnovo Highway is to be constructed at the same time. The selected route will run north of Byala and north of Polski Trambesh near the village of Obedinenie and towards Momin Sbor and Ledenik and then straight to Debelets. Its construction begins next year.

The property market was quick to react to the news. The first deals for plots of land near the planned routes are already underway. A boom in property prices along the highways is also to be expected.

June 10, 2016 by Yoana Vasileva
Entertainment, Events and Festivals, Lifestyle, News, Things to do

The rock legends from Uriah Heep are giving a concert in Bulstrad Arena in Ruse on May, 7th. The show starts at 8 pm. The group will delight their Bulgarian fans with their most popular songs from all of the 24 albums that have released over the years. The concert will be part of the cultural programme which the Municipality of Ruse is preparing for the Official Celebration Day of Ruse – May, 6th.

Tickets cost between 12 and 40 lv and can be purchase on-line here:

February 19, 2016 by Yoana Vasileva
Entertainment, Events and Festivals, Things to do 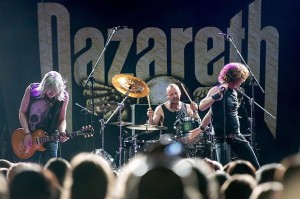 The legendary rock band Nazareth arrives in Ruse for the seventh edition of Green Rock Fest on September 13th. Their concert will be held in the newly opened Bulstrad Arena Hall and tickets are free.

The group arrives with their new lead singer Carl Sentance, who replaced Dan McCafferty, and will treat us to their latest show. END_OF_DOCUMENT_TOKEN_TO_BE_REPLACED