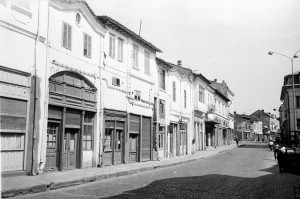 An anonymous benefactor provided building materials for the renovation of tens of old buildings, situated along the main street in the Old historic part of Veliko Tarnovo. The generous sponsor sent many building materials such as paints, plasters, adhesives and different ornaments. The houses that will be given new life are placed along Stefan Stambolov street which leads to the renowned Tsarevets Fortress. Presently many of the structures are unsightly with crumbling façades, cracked window frames and decrepit roofs.

The owners are already informed that they have to ensure right of access to their properties. The façades and windows renovation will be for free, home-owners will only have to pay for fixing their roofs.

The citizens of Veliko Tanovo will even be spared the effort to enter their façade images projects in the National Institute of Immovable Cultural Heritage for approval. The plans are already worked out and approved and and uniform façade scheme is elaborated. The scheme is based on old photographs of Veliko Tarnovo published all over the world as early as 1877.

Similar façade plans will be drawn up for each and every street in the Old historic part of Veliko Tarnovo. All buildings, an estimate of more than 1500, were declared part of the Bulgarian cultural heritage decades ago.

New rules for public and national holidays in Bulgaria