Entertainment, Events and Festivals, News, Sights, Things to do

The third national rock festival – Hotalich, will take over the fortress in late August. After being named “the new rock capital of Bulgaria”, the organizers of the national rock festival “Hotalich” in Sevlievo near Veliko Tarnovo are striving to surpass the high bar they have set themselves. The festival is one of the most significant events for the municipality and is already present in the Cultural Calendar for the year. In addition to favourite Bulgarian bands, there is also a solid international presence in the festival. 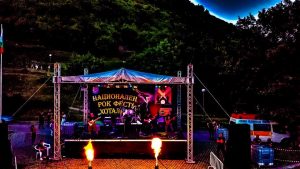 END_OF_DOCUMENT_TOKEN_TO_BE_REPLACED

Cricket stadium to be opened between Gabrovo and Sevlievo

Very soon cricket fans in Bulgaria and mainly Veliko Tarnovo – Gabrovo area will have a place where they can hold competitions and coaching seminars and of course practice their favourite sport. The cricket centre will be located 10 km from the centre of Gabrovo, along the Gabrovo – Sevlievo road, under the Winding Wall Ancient Fortress.

The place will span over 20,000 sqm. The first stage of the stadium construction has started but more work is needed – the installation of the irrigation system, seeding of the field, completion of the stands and locker rooms. Hopes are high that the first official match and the grand opening will happen in July 2017.

Pumpkin Fest in Sevlievo from 10th till 16th October

Sevlievo is known as the Pumpkin Town. Many even call it Tikvenburg (Pumpkinburg, from the Bulgarian word tikva – pumpkin). There you will find a Pumpkin Museum, pumpkin festivals, pumpkin contests and whatnot; mind you there is no connection to Halloween whatsoever. The unusual Pumpkin Feast brings joy and good mood to Sevlievo and attracts many people. These pumpkin celebrations were first held in 2006 and with each year they gather more and more interest.

The colourful festival is organized in October every year and lasts for a week. The square in front of the Culture Home usually hosts an exhibition with the most oddly shaped pumpkins and contests for the largest, smallest, longest and most beautifully carved pumpkin.

Of course there is a culinary competition, with the main ingredient – pumpkin. More than a 200 m long tikvenik (phyllo pumpkin pie) is prepared each year for everyone from near and far to taste and savour.

There will be plenty more attractions, including dancing and music programme.

October 4, 2016 by Yoana Vasileva
Entertainment, Events and Festivals, Food and Drink, News, Things to do 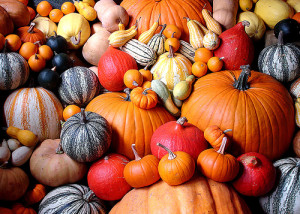 A Pumpkin Feast is annually held in Sevlievo – a culinary festival celebrating local traditional dishes, delicacies and crafts, created in the capital of pumpkins – Sevlievo.

The theatre performance Pumpkin Tale will be staged at Mara Belcheva Hall of Culture.